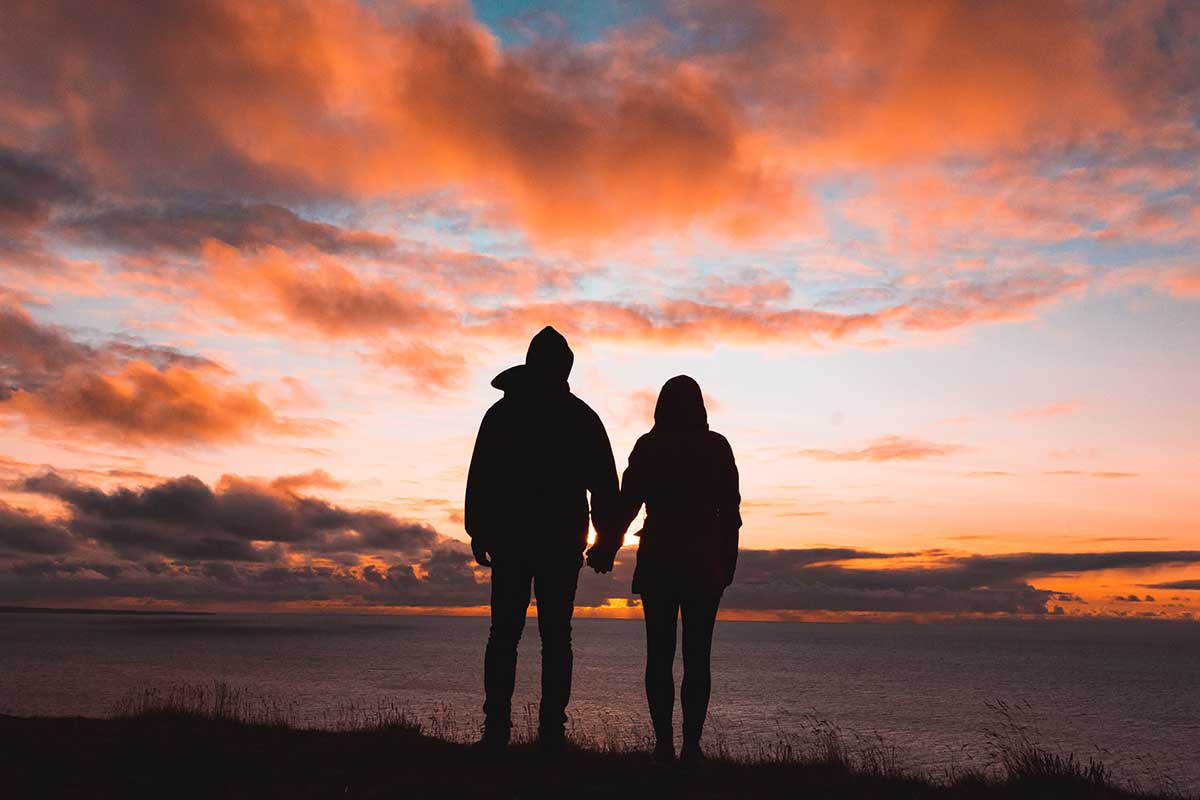 Codependency is a psychological process that originally emerged from the study and treatment of addiction and its effect on families. While it originates from the addiction field, psychologist and family therapist have come to recognize this psychological process as occurring between non-addicted family members (as well as in families with no chemically dependent family members.) In the following paper, I will provide a literature review of recent research in codependency and its treatment.

Codependency may be described as a relationship in which at least two people are mutually dependent upon on another—albeit in a way that is complementary. Although often regarded as unhealthy for family members, as it can lead to rigidity that keeps a family from adapting to changes that occur across the family life cycle, it can also serve to maintain homeostasis in a family; therefore, ensuring the family stays together

Codependency and Substance Use Disorders

In families with addiction, codependency often takes on the form of one family member enabling the drug use of another family member. Enabling refers to behaviors in which a person assists another in sustaining his or her addiction. This may be done by giving money to the addicted person, “covering up” for the addicted person (such as calling his or her employer to say that he or she is sick when he or she is actually hung over), or by providing housing, etc. In short, the enabler attempts to mitigate the severity of the consequences that the addictive person’s behavior causes him- or herself (Connors, (2004).

Many family therapist, therefore, believe that it is essential to treat the entire family when one member of the family is diagnosed with substance dependence.

Although there are a variety of theoretical perspectives on [drug] abuse and its treatment, Bowen was one of the first family therapists to conceptualize [drug addiction] as a symptom of family dysfunction, encompassing the behavior of both the alcoholic and the codependent (Connors, (2004).

Some family therapists contend that it is impossible to have an addicted member in a family without also having a codependent family member. Additionally, many mental health professionals contend that those with substance use disorders are usually codependent themselves, as well.  In this sense, these dysfunctional patterns are one in the same—albeit complimentary patterns of behavior. Therefore, psychologists and counselors should always keep in mind the concept of codependency when working with a client with a substance abuse disorder (Connors, (2004).

Stages of Change Model and Codependency

Additionally, I believe that codependents likely go through the stages of change, in a similar to those with addiction. The stages of change model, developed by Prochaska and DiClemente, describe how people change addictive behavior across five stages. The five stages are as follows: precontemplation, contemplation, preparation, action, and maintenance (Connors, 2004).

People in the precontemplation stage often deny that they have a problem and are resistant to treatment. These individuals are usually pressured into treatment by others (e.g., spouses, parents, or the legal system). Those in the contemplation are distressed by their addictive behaviors and have a desire to make a change. They have often attempted to change and failed in the past. Addicts in the preparation stage have decided to make a change and are attempting to begin regulating their drug use. People in the action stage have developed a plan to quit using drugs and are implementing it (Connors, 2004).

Recovering addicts are in the maintenance stage. These individuals have stopped using drugs are striving to prevent relapse. In my opinion, counselors and psychologists may find it helpful to keep the stages of change model in mind when working with addicts, as well as those with codependency (Connors, 2004).

Codependency as an interpersonal relational problem that often, but not always, happens in conjunction with familial addiction. Counselors and psychologists have drawn awareness to codependency as it occurs outside of addiction, as well (Scaturo, 2005).

slang,” and she acknowledged that the term, as it was used, had a “fuzzy definition” (Scaturo, 2005).

Indeed, this “fuzzy definition” or lack of a consistent operationalized definition of codependency has led some to be reluctant to accept codependency as a valid psychological construct (Scaturo, 2005).

Nevertheless, as defined by Beattie, one can easily see how codependency can occur in all types of relationships, not just those influenced by addiction. Although unhealthy codependency appears to be more likely to develop in families that are under some type of stress, such as families in which there is a family member with a mental disorder, poor health/disease, financial difficulties, marital discord, etc., it may also occur in families in which there are no obvious outside stressors (Scaturo, 2005).

Despite the lack of consensus of an operationalized definition of codependency, some mental health professionals contend that codependency should be considered a personality disorder in and of itself. For example, Timmen Cermak, MD, a psychiatrist, suggested that codependency is a personality disorder as it is an excessive and maladaptive pattern of behavior and way of thinking that leads to significant distress and impairment in those with, as well as negatively affects family members and friends (Cermak). He goes on to state that

Codependency can be described as a dysfunctional pattern of living in which one overreacts to things going on outside of oneself and under reacts to what is going on inside of oneself. Codependency may involve compulsive behaviors and dependence upon approval from others in order to achieve a sense of safety, identity, and self-esteem. Codependents may put all their efforts into those around them, neglecting to fully take care of themselves, especially emotionally. Codependency is a disorder that, if left untreated, can lead to other addictions such as eating disorders, substance dependence, work a-holism and compulsive spending (Cermak).

Furthermore, recent research has pointed out that those with codependency-like behaviors were more likely to have depression, anxious attachment, and poor relationship satisfaction. “Results of this study provide preliminary evidence for the association between codependency and depression, anxious attachment, relationship satisfaction, and social intimacy (Chiuh, 2010).” This study contributes to clarifying the construct of codependency, suggesting that codependency can co-occur in association with interpersonal and intrapersonal factors, such as feelings of depression, preoccupation with fear of abandonment and rejection, relationship dissatisfaction, and lack of social intimacy (Chiuh, 2010).

Furthermore, research has pointed out that codependents are more likely to be victims of abuse and domestic violence—with women more likely to codependent than men. However, men with codependent tendencies were more likely to be perpetrators of abuse, according to a Taiwanese study. This study found that codependent men often engaged in emotional blackmailing, a form of emotional abuse used to “manipulate or control the victims by using guilt or obligation or by directly or indirectly threatening to punish the victims in some ways (e.g., abandonment, indifference, self-injury, pathologizing, spreading rumors) if the victims do not comply with their wishes (Chiuh, 2010).”

Emotional blackmail may not be taken as seriously as other forms of abuse, as it often occurs somewhat more covertly.   “Three factors—insecure attachment, poor psychological separation-individuation, and needs for codependent relationships—appear to be associated with the use [emotional blackmailing] (Chiuh, 2010).” Those with more insecure attachment patterns appear to develop more dysfunctional relationships during adulthood and often have less effective interpersonal skills which when combined lead to seek to resolve conflictual relationship by attempting to excessively control those with whom they are in a relationship (Chiuh, 2010).

1) Continued investment of self‐esteem in the ability to control both oneself and others in the face of serious adverse consequences.

2) Assumption of responsibility for meeting others’ needs to the exclusion of acknowledging one’s own.

3) Anxiety and boundary distortions around intimacy and separation.

4) Enmeshment in relationships with personality disordered, chemically dependent, other codependent, and/or impulse‐disordered individuals.

5) Three or more of the following:

a) Excessive reliance on denial.

b) Constriction of emotions (with or without dramatic outbursts).

h) Has been (or is) the victim of recurrent physical or sexual abuse.

j) Has remained in a primary relationship with an active substance abuser for at least two years without seeking outside help (Cermak).

Below is a self-report questionnaire designed to help people evaluate their own codependent behaviors:

As one can see from the diagnostic criteria proposed and the self-assessment questionnaire, codependency encompasses multiple dysfunctional behaviors which probably keep people stuck in a stressful and unhappy life, or at the very least inhibits them from leading a satisfying life. Additionally, people with codependency appear to be at risk for developing other disorders, such as anxiety, depression, and substance use. A question for further I have for further enquiry in the future would be, “which comes first—codependency or the other disorders mentioned above?”

Marks, A. (2012). Development and validation of a revised measure of codependency.

Scaturo, D. (2005).  Clinical Dilemmas in Psychotherapy: A Transtheoretical Approach to

Photo by Alex Iby on Unsplash

Contact us now to organise an appointment
BOOK AN APPOINTMENT