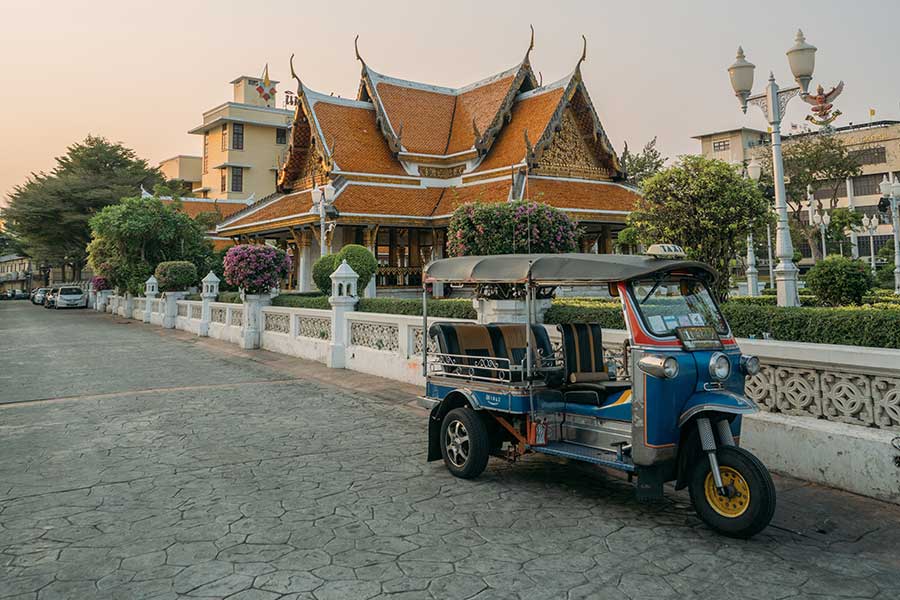 Abstract: The current research examined Thai cultural factors, such as religiosity, stigmatization of mental disorders, holistic thinking, and health locus of control towards attitudes and perceptions of ADHD, moderated by prior exposure to ADHD. The Thai translated scales Multidimensional Health Locus of Control Scales (MHLC), the SBI (Religious Beliefs/Practices), the Community Attitudes towards the Mentally Ill scale, the ADHD Stigma questionnaire (ASQ) (attitudes towards ADHD), Choi’s Analysis-Holism Scale, the ADHD Beliefs Scale-revised (perceptions of ADHD) were used for testing the model. The factor structure was examined via confirmatory factor analysis and reliability and validity were established initially before testing the model. Further, SEM was utilized to test the relationships between the aforementioned cultural factors and attitudes and perceptions of ADHD (n = 323). The results indicated significant relationships between cultural factors and negative opinions of ADHD. The current research aimed to contribute to the understanding of unique aspects of ADHD in Thailand. Future research may explore methods to increase knowledge of ADHD and reduce negative attitudes/perceptions of ADHD.

Introduction. Attention Deficit Hyperactivity Disorder (ADHD) is a complex disorder which presents with both subtle and obvious symptoms. Due to its subtleties, culture may heavily influence both diagnostic rates and treatment rates of ADHD. Research has demonstrated that the prevalence of ADHD varies across cultures. For example, rates of ADHD in France tend to be lower when compared to rates in Germany. Despite proximity and cultural similarities, ADHD rates remain very different between these two countries. This is not an isolated example. Rates of ADHD are different across practically all countries. This points towards the influence that culture or cultural perception has on rates of ADHD. Furthermore, knowledge and awareness of ADHD also influences perceptions of the disorder. Indeed, there are multiple ways in which cultural factors may influence ADHD rates—possibly leading to both under or over diagnosis of the disorder (Faraone, Sergeant, Gillberg, & Biederman, 2003).

There is limited research on ADHD in Thailand. According to Visanuyothin, et al. (2012), rates of ADHD in Thailand are 8.1%. However, according to Benjasuwantep, et al. (2002) rates were 6.1%. Another study found ADHD rates in Thailand to be much lower, overall, at 2.2% (Sakboonyarat, 2018). ADHD, Inattentive was reported as the higher by one study at 3.8%, while ADHD Hyperactive/Impulsive type were the lowest (Visanuyothin et. al, 2013). Rates for ADHD, Hyperactive/Impulsive type being lower would be in line with Barkly’s (2001) assertion that the number of reported cases of ADHD in Thailand are lower due to cultural factors which train children to speak quietly in public and encourage obedience to authority figures. As a result, as mentioned above, ADHD may be more likely to present Inattentive type, which was also supported by Visanuyothin, et al. (2013).

Aspects of certain cultures may, in fact, lead to lower rates of ADHD or behaviors associated with ADHD. However, it is more likely that culture has a greater effect on one’s perceptions and attitudes towards ADHD. For example, some cultures may find certain behaviors in children to be pathological—leading to a greater likelihood for a diagnosis of ADHD, while other cultures may be more tolerant or find such behaviors age appropriate or normal. Such differences in cultural perceptions of ADHD would certainly lead to differing rates of ADHD between different cultures (Reid et al., 1998).

Holistic Thinking. A holistic thinking style could possibly affect perceptions of mental disorders, including ADHD. Research has found that that those from collectivistic cultures often have a more holistic thinking style, while those from individualistic cultures tend to have a more analytical style of thinking. In general, it can be said that those from Asian countries are more likely to have a holistic style of thinking, since Asian cultures are more often collectivistic.

People from Asian cultures are more likely to take into account the context of the situation when evaluating causation, while Westerners are more likely to focus on the individual in attributing causation (Nisbett & Miyamoto, 2005). Research in Singapore linked to holistic thinking to collective culpability theory and found that Singaporeans were more likely to attribute blame to perceived wrongdoers due to circumstances, rather than view unassociated events or circumstances as distinctly separate from the perceived wrongdoer (Kwan & Chiu, 2014). Therefore, similarly this link between holistic and tendency to inaccurately associate blame on others may result in negative attitudes and perceptions of ADHD in Thailand.

H1 Religiosity has an influence on attitudes towards ADHD. The higher in religiosity Thai people are, the more negative are their attitudes.

H2 Religiosity has an influence on perceptions of ADHD. The higher in religiosity Thai people are, the more negative are their perceptions.

Design. Step 1: Confirmatory factor Analysis (CFA) was conducted to access the adequacy of the factor structure identified via EFA. Unlike EFA, CFA allowed the researcher to posit explicitly one or more a priori models. Step 2:The path model was tested via SEM. Step 3: The moderating effect of previous exposure or no exposure to ADHD was investigated.

Procedure. The data was collected from the participants in the paper form. The instruments were translated to Thai by professional translators and were then back translated to English to ensure there were no discrepancies in translation. The questionnaire comprised of the instruments listed above and consisted of 147 questions. Participants took about 20 minutes on average to complete the questionnaire.

Data Analysis.  Initially Confirmatory factor analysis was done to look at the factor structure of the constructs and convergent and divergent validity were determined. To investigate the influence of religiosity, stigmatization (tendency to stigmatize mental disorders), locus of control, and holistic thinking on attitudes and perceptions of ADHD, the path analysis was employed using SEM. The goodness of fit of posited path model was tested using path analysis.

Results. Confirmatory factor analysis (CFA) (n = 323) was carried out to evaluate the identified factor structures of the Thai-translated scales of the Multidimensional Health Locus of Control Scale (locus of control) (internality dimension only), the SBI (religiosity), the Community Attitude Towards the Mentally Ill Scale (stigmatization), Choi’s Analysis-Holism Scale (holistic thinking), ADHD Stigma Questionnaire (attitudes towards ADHD), and ADHD Beliefs Scale (perceptions of ADHD). CFA, unlike exploratory factor analysis, allows the researcher to explicitly posit an a priori model (e.g., on the basis of the factors identified in the Western-based original scale) and to assess the fit of this model to the observed data. Figure 2 shows the confirmatory factor analysis. The table 2 presents the standardized regression weights

As indicated by table 2 and figure 2, each of the latent constructs had highly significant relationships (p<.001) with each of their respective parcels—indicating that each instrument measures what it proposes to measure (high convergent validity). The standardized regression coefficients (factor loadings) ranged from .591 to .970. The percentage of unexplained variance ranged for the 19 indicator variables ranged from 22% (78% explained) (attitudes towards ADHD) to 59% (41% explained) (stigmatization).

Convergent validity of each of the instruments can be determined by the CFA model by examining if each indicator variable’s standardized loading/coefficient with its underlying latent construct is significant (greater than twice its standard error) (Anderson & Gerbing, 1988). A standardized coefficient is significant if its associated critical ratio is   >  + 1.96. The critical ratio test revealed that the standardized loadings for all 19 indicator variables are statistically significant, which indicates convergent validity for all the instruments.

Discriminant validity was assessed by how strongly each factor correlated with itself as compared to how well each factor correlated with other factors. This indicates that each instrument is able to distinguish the latent construct it measures from the other latent constructs. Table 3 shows that when correlation coefficients for a factor are ranked from highest to lowest it results the highest correlations coefficients lining up on the diagonal, which is representative of discriminate validity across all factors.

Path analysis to investigate the relationship of religiosity, locus of control, stigmatization, and holistic thinking on perceptions and attitudes towards ADHD

The hypothesized model was tested to see how well it explained the relationships of religiosity, locus of control, stigmatization, and holistic thinking on participants’ perceptions and attitudes towards ADHD.

The overall chi-square goodness-of-fit value was significant, χ2(df = 2) = 259.917, p < .001, and the incremental fit indices (IFI, TLI, CFI) are above .90. This indicates that model is a good fit when compared to a null or independence model in that the posited model represented over a 90% improvement in fit over the null or independence model; therefore, supporting the structure of the posited direct path model. The RMSEA value of 0.057 is also with the acceptable range; thus, indicating that the model fits the population covariance matrix well. In addition, the PNFI value was 0.690 which is used for comparing the goodness-of-fit for competing values. Structural Model (Base Model): Standardized Regression Coefficients. As can be seen in table 4 religiosity, stigmatization, holistic thinking, and internal locus of control were significantly directly associated with the criterion variables of attitudes towards ADHD and perceptions of ADHD.

Factor Covariances for the Structural Model

Discussion. Previous research has indicated a potential link to these cultural factors and negative opinions of ADHD and/or mental health disorders. For example, Li (2008) found a link between religiosity and negative opinions of ADHD, Wong-Anuchit, et al. (2016) reported on Thai cultural tendencies to stigmatize mental disorders, Kwan and Chiu (2014) found a connection between holistic thinking and the potential tendency to inaccurately attribute blame, and Beckman (1972) proposed that those with low internal locus of control may be more likely to stigmatize mental disorders. In order to investigate the relationship between these cultural factors and perceptions/attitudes towards ADHD, path models were examined.

Overall, all cultural factors investigated in the current study were associated with negative attitudes towards ADHD or inaccurate/unfavorable perceptions of ADHD in at least one instance. This is significant, as research indicates that these cultural factors are more prevalent in Thai culture than in Western culture, which may contribute to less favorable opinions on ADHD.

Limitations of the Study. The study should be interpreted cautiously before generalizing the results. Firstly, all the questionnaires were translated from their original language (English) to Thai. Although it was determined that the translation was accurate, it is always possible that some subtleties of language are lost in translation.

Avenues for Future Research. (1) Teaching tools/methods should be researched and developed to reduce stigmatization of ADHD and other mental health disorders. Such educational tools/methods could be implemented in schools with students and teachers, as well as with parents to reduce the stigma and shame associated with mental health disorders. This would decrease resistance towards an ADHD diagnosis and increase treatment-seeking behaviors. (2) Future research could investigate in more detail the results of this study that linked religiosity with both positive perceptions of ADHD and negative attitudes towards ADHD, simultaneously.

Beckman, L. (1972). Locus of control and attitudes toward mental illness among mental health volunteers. Journal of Consulting and Clinical Psychology, 38(1), 84-8.

Photo by Yavor Punchev on Unsplash

This study has now been published in the Assumption University Journals, view the published version here

Contact us now to organise an appointment
CONTACT US
Lighthouse rehabilitation center is accredited and approved by the Ministry of Public health.